Weight loss is something many women struggle with after pregnancy. And the unfortunate truth is, a good number of them were already carrying around an unhealthy amount of excess body fat even before they were pregnant.

Better understanding female obesity — before, during, and after pregnancy — is an important step in controlling the tide of obesity that continues to spread across the United States. And according to some researchers, there is a growing body of scientific evidence which suggests that probiotic bacteria may potentially hold the key to not only a better understanding of weight gain, but also how to prevent it.

In 2009, Nutritionist Kirsi Laitinen, of the University of Turku in Finland, discovered a link between the use of probiotic supplementation during early stages of pregnancy, and weight loss following birth.[1]

The Study About Probiotics During Pregnancy

She and her colleagues selected a total of 256 pregnant women during the first trimester of their respective pregnancies to participate in the study. The women were randomly divided into three groups: Members of the first group were given both probiotic supplements and dietary counseling geared specifically toward the needs of expecting mothers.

The second group was also given dietary counseling, but was issued placebo instead of actual probiotics. The final group of women were used as a control and received placebo medication but no counseling.

The individual women participating were each weighed at the start of the study, and continued to regularly take either probiotic or placebo supplements from that point until they had ceased breastfeeding their babies exclusively. At this point, the women were re-weighed and also had their waist circumference and skin-fold thickness measured. By comparing these figures with those taken at the beginning of the investigation, Laitinen and her team were able to calculate a 15 percent or greater reduction in obesity among members of the first group as compared to the other two.

While dangerous at any age, obesity is especially damaging during early childhood. A growing body of research indicates that children who are obese are significantly more prone to obesity as adults. Likewise there is an established connection between maternal obesity during pregnancy, impaired fetal development and an increased tendency towards obesity after birth.

Long Term Conclusions of the Study

Laitinen believes that the exchange of bacteria between mother and child via the umbilical cord during gestation, and breast milk thereafter, accounts for the bulk of this weight loss. However, she has cautioned that additional research is still needed before any definite conclusions can be reached.

Since the study’s conclusion, her team has continued monitoring the health of these participant mothers and their children. With any luck their initial and long term findings will prompt further investigation into the use of probiotic dietary supplementation to fight obesity in pregnant and nursing women, but also their offspring and society as a whole.

Kirsi Laitinen, senior lecturer at the University of Turku in Finland:

“The results of our study, the first to demonstrate the impact of probiotics-supplemented dietary counselling on adiposity, were encouraging. The women who got the probiotics fared best. One year after childbirth, they had the lowest levels of central obesity as well as the lowest body fat percentage… There is growing evidence that this approach might open a new angle on the fight against obesity, either through prevention or treatment.”

This isn’t the first clinical study to discuss the health benefits of probiotics. In fact, previous studies have shown that probiotics can help with a variety of ailments, including enhancing your immune system, preventing eczema, improving digestion, reducing yeast infections, alleviating common intestinal disorders and even acts as a remedy for bad breath.

When my wife was pregnant she took 2 capsules of Latero-Flora™ every other morning. To this day, we continue taking these probiotics at least once a week, as well as give our kids 1 capsule of each 1-2x every week. Whether or not you decide to take a probiotic supplement, I would highly recommend you add more of these probiotic foods to your daily diet.

If you’re looking for a supplement to help with weight control during pregnancy, check out LATERO-FLORA at the AlrightStore. 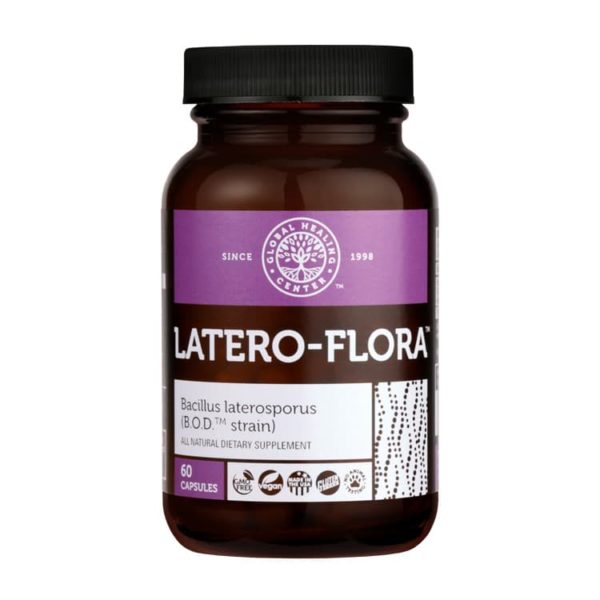