The Role of Oxygen in Healing the Body

“Healing” is a word that gets thrown around a lot and it’s important to understand exactly what it means. Healing means getting your body back into a balanced, functioning state. Think of it like balance scales – the kind you might see at a courthouse. When you’re sick, one side hangs lower than the other. When you’re healthy, they’re level.

Your body wants to be in balance and will seek to heal itself if it’s out of balance. Or, at least, it will try to. What’s the deciding factor? Oxygen. Oxygen is necessary for healing in injured tissues. [1] Researchers at Ohio State University found that wounded tissue will convert oxygen into reactive oxygen species to encourage healing. [2]

What Are Reactive Oxygen Species?

Reactive oxygen species, also known as oxygen radicals or pro-oxidants, are a type of free radical. A free radical is a molecule that lacks an electron but is able to maintain its structure.

To most people, that doesn’t mean much. We just hear from marketing messages that free radicals are bad. Which is true… when your body is not in control of them. When in balance, your body actually uses free radicals to heal. It has everything to do with the nature of oxygen.

Oxygen is an element with eight protons and eight electrons. In this state, oxygen is completely neutral. Oxygen likes to share its electrons; that makes it reactive. Sometimes when it shares an electron or two, it doesn’t get them back. When that happens, oxygen becomes an ion, meaning it’s missing an electron. Ionized oxygen wants to replace the electron it’s missing. In this form, oxygen becomes singlet oxygen, superoxides, peroxides, hydroxyl radicals, or hypochlorous acid. These forms of oxygen try to steal an electron anywhere they can, this can be destructive.

This radical form of oxygen can act in one of two ways. It can trigger the genes inside a cell to start cell death. Or, if it encounters a lipid or fatty acid, it will oxidize the lipid. [3] Think of it like corrosion.

We’re still learning about superoxides but it seems they affect how the body destroys cells and manages wound healing. [4]

Hypochlorous acid contains oxygen and chloride. It can affect tissue through chlorination or oxidation. [7]

Effects of Reactive Oxygen Species in the Body

How Oxygen Fuels the Body

Every cell in your body requires oxygen. Every breath supplies blood with oxygen to be carried throughout your entire body. Oxygen is converted to energy in a process known as cellular metabolism.

What Else Does the Body Need for Healing?

Oxygen isn’t the only factor that contributes to the healing process. Your health can quickly fall apart if your body doesn’t eliminate waste and toxins. Accumulated waste in the intestines or colon means that toxins are lingering in your body.

If you’re looking for a supplement that can help boost oxygen in the body, check out OXY-POWDER in the AlrightStore. 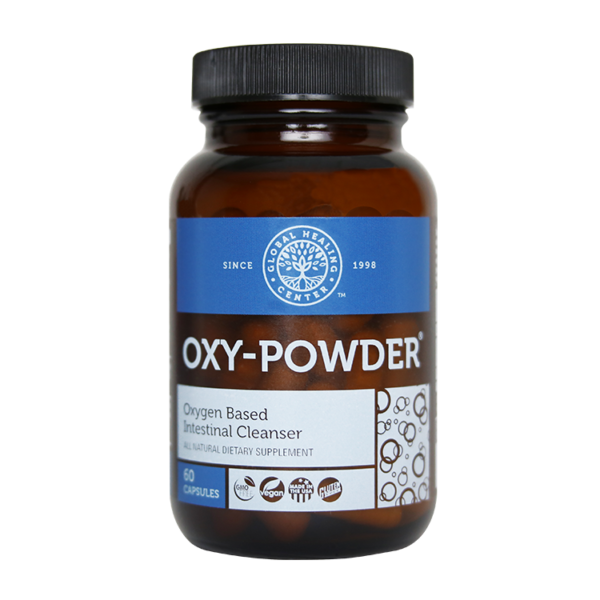