Walking vs. Running: Which Is Better for You?

I must admit, I was never much of a dedicated runner up until a few years back. Even now, I would classify myself as more of a jogger than a full marathon running competitor. Still, I have been on both sides of the fence throughout the years. Is walking better for you than running or does the intensity of running trounce the benefits of walking?

Whether it is running or walking, both will burn calories and fat in the process. Plus, you don’t need anything special for either exercise. Just a pair of running shoes and you are out the door. 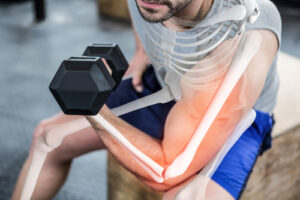 Exercise produces stronger bones and we all definitely need this as we age. Our bone density decreases as we get older and exercise will help prevent this. So, the next time you fall and are able to bounce back up without injury, you can thank your exercise routine.

As far as healthier hearts, a 2013 study that consisted of nearly 50,000 people showed that runners had a 4.5 percent lower chance of having cardiovascular disease than those who did not exercise regularly. However, the walkers in the study who used the same amount of energy daily and burned the same number of calories as the runners had an even lower chance (9 percent less) of having cardiovascular disease than those who were inactive.

If you are looking for the most bang for your buck, running will have you burning more calories than if you were walking for that same amount of time. The movement and intensity are just higher with running and produce better fat-burning effects. In fact, you will probably burn twice as many calories running for half an hour as you will with walking for half an hour. Still, if you are concerned about burning calories, you can always walk twice as long and balance it all out.

Though Sometimes Low Intensity Is Exactly What You Need 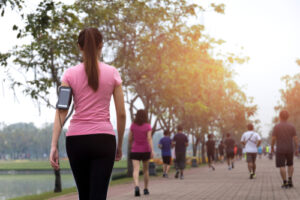 Walking is great for those interested in easing their way back into exercising. Plus, for those that are entering their golden years and have limited mobility, walking is much safer than trying to run down the street or on a bumpy sidewalk.

It is well known that running produces more injuries than walking and this happens for a variety of reasons. Your muscles and tendons could be getting strained, muscle pulls happen more frequently, and it just is more physically demanding so knees and hips can become extra inflamed and sore.

The Bottom Line Is Both Are Benefiting You 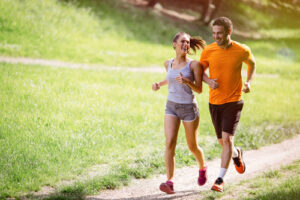 Whether you are walking or running for exercise, there are only winners and no losers. The important thing is you are up and moving and improving your quality of life. If you are interested in burning as many calories as possible in the shortest amount of time, running could be what you need. But then again, there is a greater chance of injury. Walking is safer, but it will have you eliminating half as many calories. Might be a fair trade-off for many? And really, who is to say you can’t alternate between these two exercises? Determine what your body can handle and then go from there!

About the Author: Tracey Edmonds

Tracey Edmonds is a mother of two, television/film producer, and health/wellness advocate who seeks to empower others with a combination of pertinent, enlightening, and inspirational information. She practices yoga, daily meditation and believes in self-cultivating wellness at every level: physical, mental, emotional, and spiritual. Tracey is the editor of Alrightnow.com and can be contacted at [email protected]